Yurnero, the Juggernaut, is a melee agility hero whose abilities allow him to sprint into battle and recklessly devastate enemies in an impenetrable flurry of blades.

His abilities grant invulnerability and spell immunity, turning him into an unstoppable force on a hairpin. Juggernaut is strong both offensively and defensively, and deals heavy damage both physical and magical with his Blade Fury and Omnislash ultimate, but he possesses below average strength and intelligence attributes, so he does not have as much health and mana as other heroes and is vulnerable when his abilities are on cooldown. For this reason, although his abilities make him powerful even in the early game, he cannot charge into forces without restraint until farmed and is usually played as a carry. 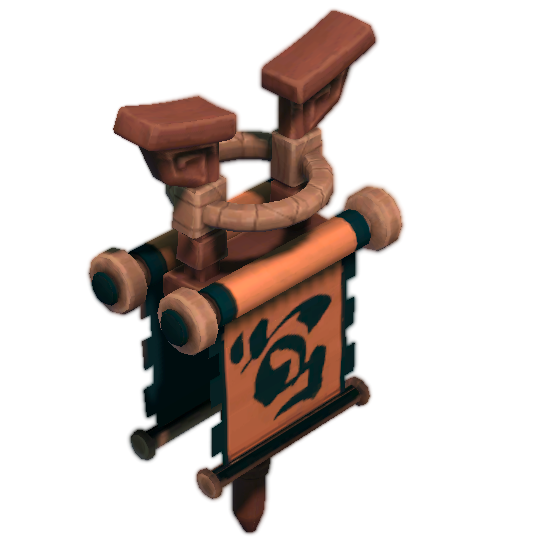 Escape Complexity: ★☆☆ Playstyle: What laid under the Juggernaut’s mask, none could say. The last of his kind, Yurnero carries alone the martial traditions of his native isle, now sunken forever beneath the waves. The Juggernaut elevates swordplay to an art form, cutting down foes in the unstoppable cyclone of Blade Fury, and striking at every vulnerability with Blade Dance. Should his party sustain injury, he is quick to replenishes their vitality with a portable Healing Ward. A paragon of discipline, Yurnero waits patiently for the opportune moment to execute his most fearsome technique. Dashing between foes with imperceptible swiftness, the Juggernaut’s Omnislash eviscerates his opponents long before any can mount a defense.